17 Asian spices you should have in your pantry

These spices are non-negotiables when making your most favourite Asian specialities. 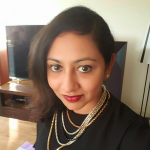 Asian food is synonymous with spices. Just visit any part of Asia and you will likely experience intense spices wafting through the air.

Think about some of your favourite Asian dishes for example. Like the Vietnamese Phở (pronounced Fuh), a noodle soup with its slightly herbal and aniseed smell that comes from the use of star anise and cinnamon.

Then, there’s the universal favourite— Indian butter chicken with its trademark vibrant orange colour and the myriad of spices as well as aromatics.

What is most interesting about Asian cuisine is that even though the same spices are used in cooking across the region, their application varies, yielding complex yet sublime flavours that are unique to its country of origin.

Below is an Asian spices list consisting of spices that we feel should be staples in every Asian kitchen.

Asian Spices List: A Guide To The Most Flavourful Spices

Did you know that cinnamon is the dried inner bark of a tree? The cinnamon “quills” come from stripping and peeling the bark of the Cinnamomum tree and then drying it.

This spice has many medicinal properties as well as it adds a unique warmth and depth of flavour to Asian cooking. Despite its bold flavour, you can steep cinnamon in beef noodle soup, cinnamon-spiced chai or for a fusion option, you can also make cinnamon-soy glazed fish recipe.

Peppercorn is possibly the most popular and widely used Asian spice!

It comes in three varieties– green, black and white, with the most common being black pepper. Pepper grows as a vine and belongs to the Piperaceae family.

The unripe fruit is green and can be dried to get dried green peppercorns.

For black peppercorns, the fruit is cooked and then dried. The mature fruit with their skin stripped off are white peppercorns. The rarest of peppercorns are the pink or red peppercorns, which come from fully ripe fruit.

This spice originates from South Asia, namely Bhutan, India and Nepal, but nowadays you can find it in the spice aisle of any supermarket.

Cardamom is also known as the 'queen of spices' and looks like a dried pod of sorts that holds a few black seeds. These seeds are what carries the aroma and flavour.

In recipes, cardamom can be used whole, or the seeds can be toasted to release their flavours and ground up. Note that in its powder form, cardamom is quite potent, so a pinch goes a long way!

Ginger is both an aromatic and a spice. Fresh ginger can flavour and add heat to a recipe, or you can stock up on powdered dry ginger to add into recipes when you don’t have fresh ginger on hand.

Originating from China, ginger is the root of a flowering plant. Ginger is widely used in alternative medicine to heal a myriad of illnesses—from headaches and toothaches to stomachaches and nausea.

To make a steaming hot cup of ginger tea, add a few slices of ginger to a cup of water and bring to the boil.

Sweeten with honey and enjoy!

Chilli in its many forms is used quite liberally in Asian cooking, particularly in Thai, Indonesian and Korean cuisine. In Chinese cuisine, whole dried chillies are used in recipes like the famous Kung Pao chicken.

Move a bit south of Asia, and you will find powdered chillies used in many dishes in India like chilli chicken and  Sri Lankan crab curry recipe.

Even though overeating this fiery spice may give you a severe case of heartburn, it does have some definite health benefits.

Curry leaves will perfume any dish with a distinctly Asian aroma. They can be harvested from the curry tree and you can use it fresh or dried. This “spice” also has several health benefits, which is why it is on our Asian spices list.

Drunk as a tea, it has a reputation of lowering cholesterol and curing diarrhoea. It can also be made into an oil and applied on the scalp to combat hair fall.

If you wish to cook with curry leaves, you can try Singapore’s famous cereal prawn recipe or even the Asian black pepper beef stir-fry.

When roasted and ground, these small round seeds lend a gentle aroma and complex flavour to any dish.

Although we’re featuring just the seeds here, coriander leaves are also widely used across Asia and have quite a few health benefits. A cup of water boiled with a tablespoon of coriander seeds can help clear trouble skin, aid digestion, help with menstrual cramps and may even regulate insulin in people with diabetes.

Like curry leaves, bay leaves add aroma and flavour to food and is used in both western and eastern cooking alike. Although there are many versions of this leaf, the real bay leaf is known as Laurus nobilis and is dense with nutrients.

It has anti-inflammatory properties, and also aids reduce hair fall. Adding bay leaves into your cooking can also be beneficial to your digestion.

Delicious recipes that use bay leaves that are sure to be family favourites include Filipino Adobo, Thai Masaman curry and Chicken korma.

Fennel seed may look a lot like cumin. But it’s general shape is where the similarities of these two spices end. Take a whiff of fennel and you will note that it is poles apart from cumin.

Now pop a few seeds of fennel in your mouth explore its flavour. You will first taste a sweetness, and then that distinct pleasant aniseed flavour.

Tip: If you’ve overindulged in a meal and wanted to relieve gas, then munching on a teaspoon or so of fennel is a good idea. Another fun fact is that fennel helps alleviate bad-breath so keep some handy after you’ve had a garlicky meal!

For hundreds of years, this tiny yellow seed is famous for its impressive health benefits to boast of and has been used in alternative and natural medicine for hundreds of years. You can choose to add both the seeds and leaves of the fenugreek into your cooking because it has a slightly bitter taste when eaten on its own.

Apart from being a known ingredient that helps increase breastmilk supply, it can control blood sugar levels and reduce heartburn.

Looking like something from a sci-fi movie, a glance at the star-shaped spice and you’ll know why it got its name.

As for its flavour, it tastes much like aniseed, with a bitter aftertaste. It adds aroma and flavour to dishes and has some pretty surprising health benefits as well.

As a spice, star anise can be found in many south-east Asian dishes such as roast duck, Vietnamese beef and flavourful stews which use Chinese five-spice mixture and star anise.

This paste is pungent and has a robust flavour similar to wasabi or horseradish. However, you can also toast or fry mustard seeds to release their taste which will lend a beautiful aroma to your food.

You can find cumin in many different types of cuisines, and it is the second most popular spice in this Asian spices list after black pepper. This tiny oblong seed can really pack a punch in any dish.

You can buy cumin can as a whole spice or in powder form. Apart from adding flavour to dishes, this spice has many medicinal qualities. You can also find cumin in many herbal mixes across Asia because it can aid with digestion, improve overall liver health and even soothe a bad cough.

High in antioxidants and antibacterial properties, you can find cloves in natural remedies in many Asian countries.

Tip: If you’re feeling a little under the weather, bring a pot of water to the boil together with ten cloves, let it steep for a few minutes and drink warm.

Nutmeg is extremely versatile because you can use it in both sweet and savoury dishes which is why this spice has made our Asian spices list. This spice that grows on an evergreen tree is great for boosting digestion, improving complexion, and strengthening the immune system.

Nutmeg tastes best when you grate it fresh to release it sweet and woody aroma. First, though, you need to crack through a hard shell that covers the nutmeg to reveal the inner “seed”.

With its trademark vibrant yellow hue, Turmeric not only flavours food but also gives it an appetising colour as well!

The health benefits of turmeric are so compelling that some people even take it in pill form! The most potent medicinal compound in turmeric is curcuminoids and has very high anti-inflammatory properties.

Tip: Not only is it high in antioxidants if taken regularly, but it may also reduce cancer and Alzheimer's risks as well.

To benefit from turmeric’s medicinal properties, try including it in your diet.

Mace is the outer covering of the nutmeg kernel and is found in the juicy nutmeg fruit. Nutmeg originates from the tropical rainforest of the “Spice Islands” or the Indonesian Maluku Islands.

While mace enhances the flavour of food, there are several reasons why it is on this Asian spices list. It has anti-fungal properties and is an aphrodisiac!

Use the Asian spices list as a guide through the herbs and spices section of your grocery! Explore new flavors and tickle your tastebuds soon!

Want to whip up more Asian cuisine at home? Make it better by stocking your pantry with the help of this Asian spices list!