You can now have tea, alcohol and ice cream all at once. 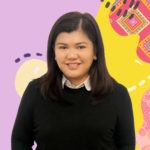 Whether it’s for a pre-drinks drink, milk tea cravings or a sweet-tooth fix, HEYTEA Clarke Quay will cater to your tea drinks, alcohol and ice cream needs when it opens on 26 January 2019.

The outlet marks HEYTEA’s second store in Singapore and outside of China.

The Tea Geek Bar will serve 6 new alcoholic tea creations, 2 of which are exclusive to Singapore. The 2 drinks are the cognac-green tea blend called Scarlet’s Heart, and the vodka-oolong tea blend called The Royal’s Romance.

The Royal’s Romance is a combination of vodka and osmanthus oolong. (Image: HEYTEA)

Singapore Sling (L) is a combination of the iconic cocktail and Shining Orchid. Guinness (R) is a blend of Guinness Irish Stout and HEYTEA’s signature King Fone oolong tea.

Catering to the Clarke Quay crowd

Unlike other outlets, HEYTEA Clarke Quay will have later operating hours, opening at 12.00pm and closes at 1.00 am.

The outlet’s grand opening will be on Saturday, 26 January. There will be an opening promotion of Buy-1-get-1 free (excluding Tea Geek Special Blend Menu) until 28 January 2019.